My first year of college before moving into the dorms, I went for a fun filled day of shopping at one of my, and probably most of the worlds favorite fit-as-much-stuff-into-a-small-space-store, IKEA! After a few hundred dollars spent and now 7 years later, I can honestly say I only have two of those original pieces left. One is a small stool that I’ve painted a few times and we now use in our garage studio, and the other is a metal frame with drawers that they actually still sell a variation of. It’s called the Algot system:

Update! As a reader pointed out, my unit actually resembles IKEA’s new Antonius system more closely than the Algot : )

Pretty darn plain, huh? My version is sliver and more boxy, but it’s pretty much the same thing. And when I shopped those years ago, they did not offer (to my knowledge) a top for them, but we didn’t need one at the time anyways. We purchased two of these bad boys and stacked them for storage under one of our lofted beds.

Our second year at school we decided we wanted to be more fancy and less “colorful dorm room” since we were big bad sophomores (that took me longer than I’d like to admit to remember how to spell) so we split them up and used them as side tables next to our massive futon.  I cut a piece of wood and screwed it to the top of each of them, and I clear coated them to protect the tops. And that’s what it has remained as for the past 6 years. The End. 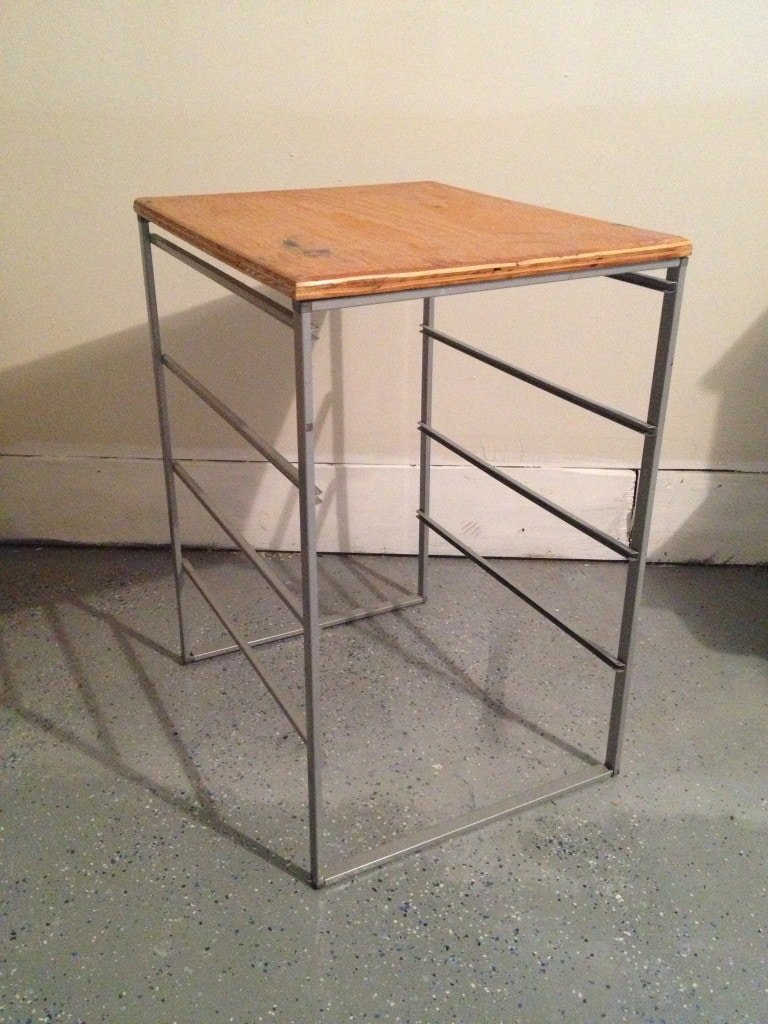 Just kidding! Gotcha. Now, 7 years later, I decided it was finally time for an update since I’m a big bad 24 year old and this piece has seen many better days. See all those stains? I could guess where they all came from but I just won’t. You’re welcome. 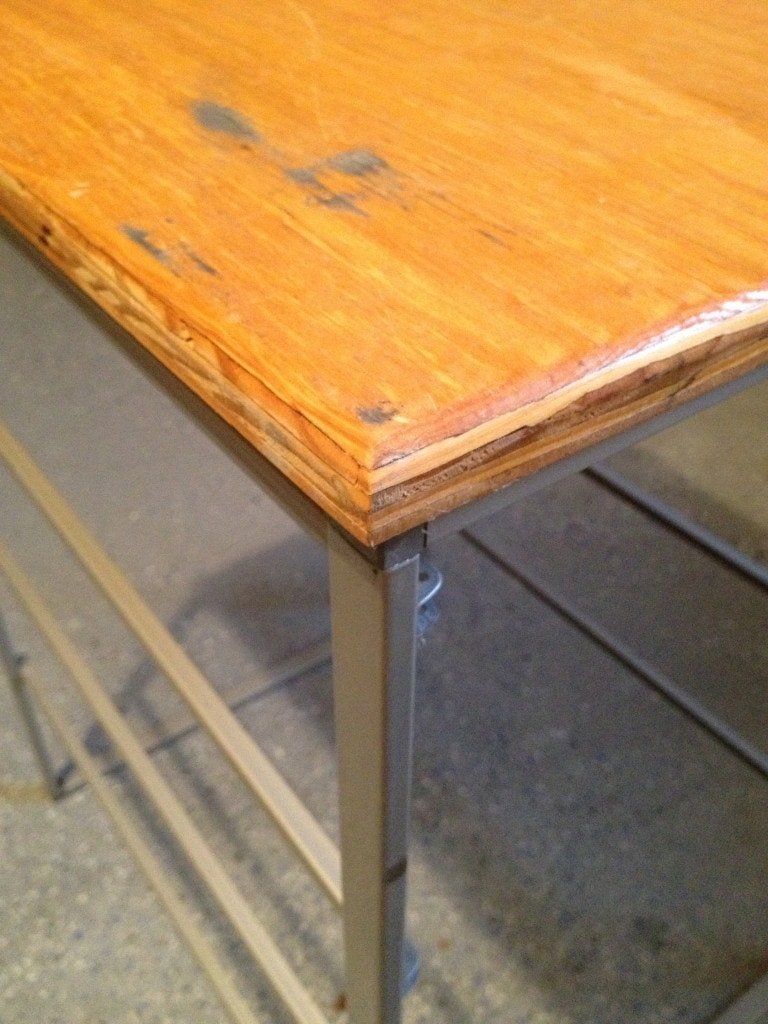 What really inspired this project was all of the trendy furniture with deep wood tops and metal bases.

I love the design and thought this old drawer unit that sat forgotten about in our house, could be used to recreate the more expensive look. As we mentioned, we screwed a piece of wood with the edges rounded to the Algot frame to start. I then used my sander to remove all of the nasty and previous sealer off until I got down to plain wood. 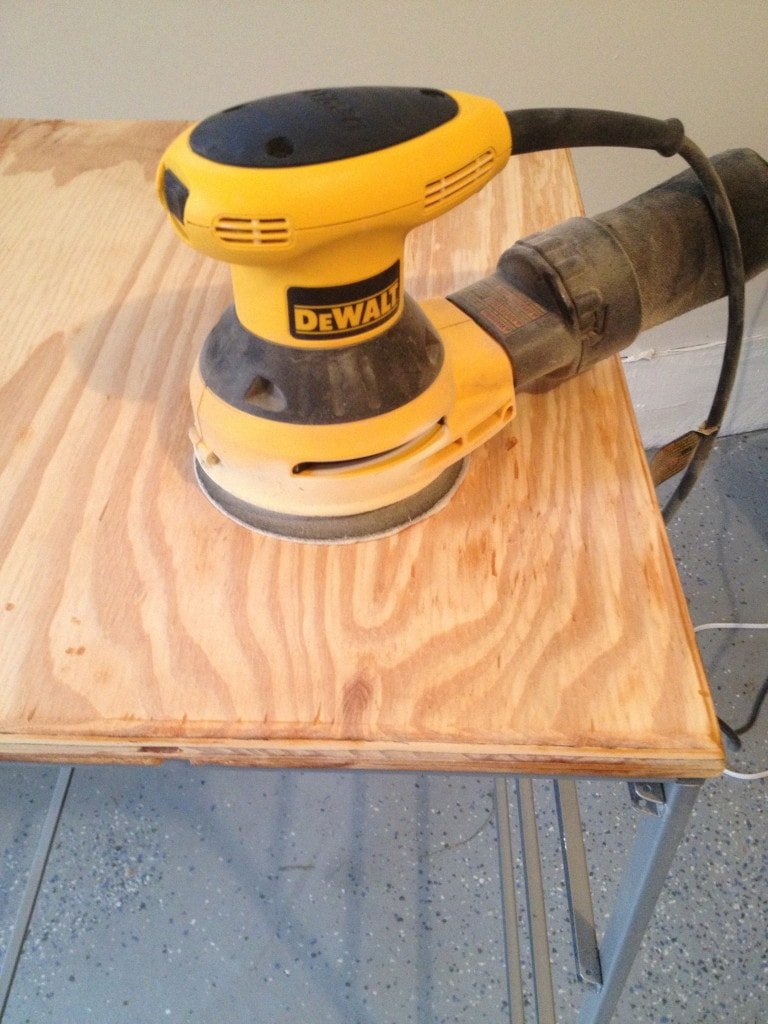 Next it was time to stain! I wanted a dark brown town so chose to go with two coats of Minwax’s Espresso stain. 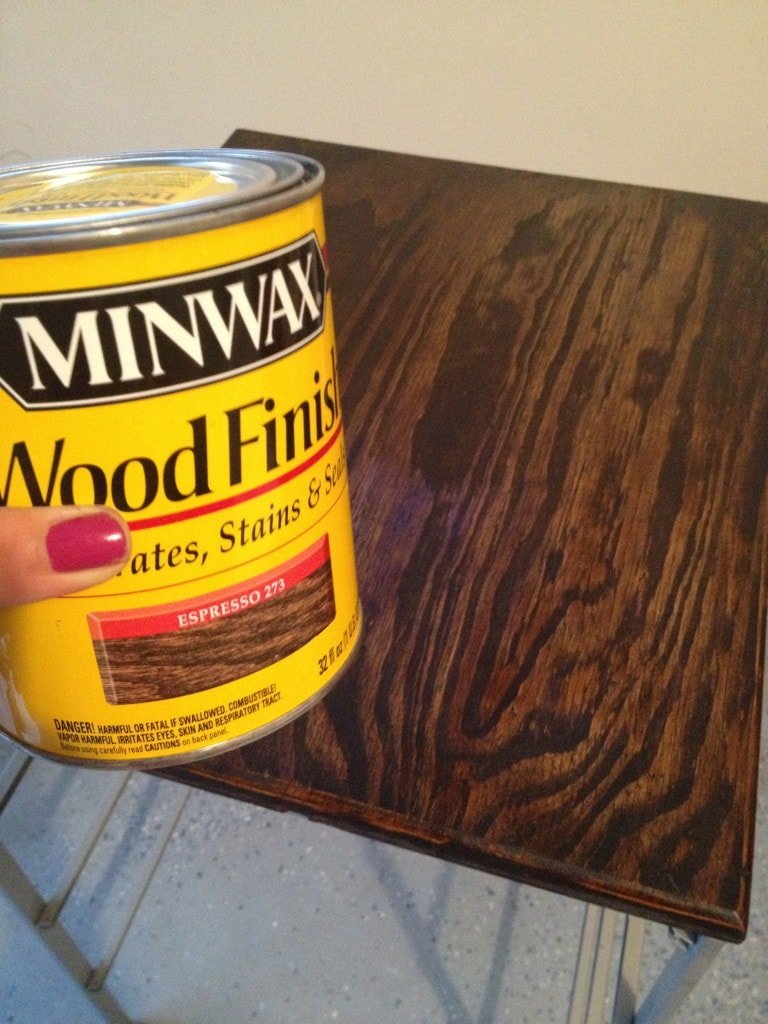 After the stain was dry, I wanted to add a little personalization since this was going to be my new craft supply storage. I decided on the word Create., found a font that I loved, practiced writing it freehand on a piece of paper a few times, and then went for it on the table top with a silver permanent marker. 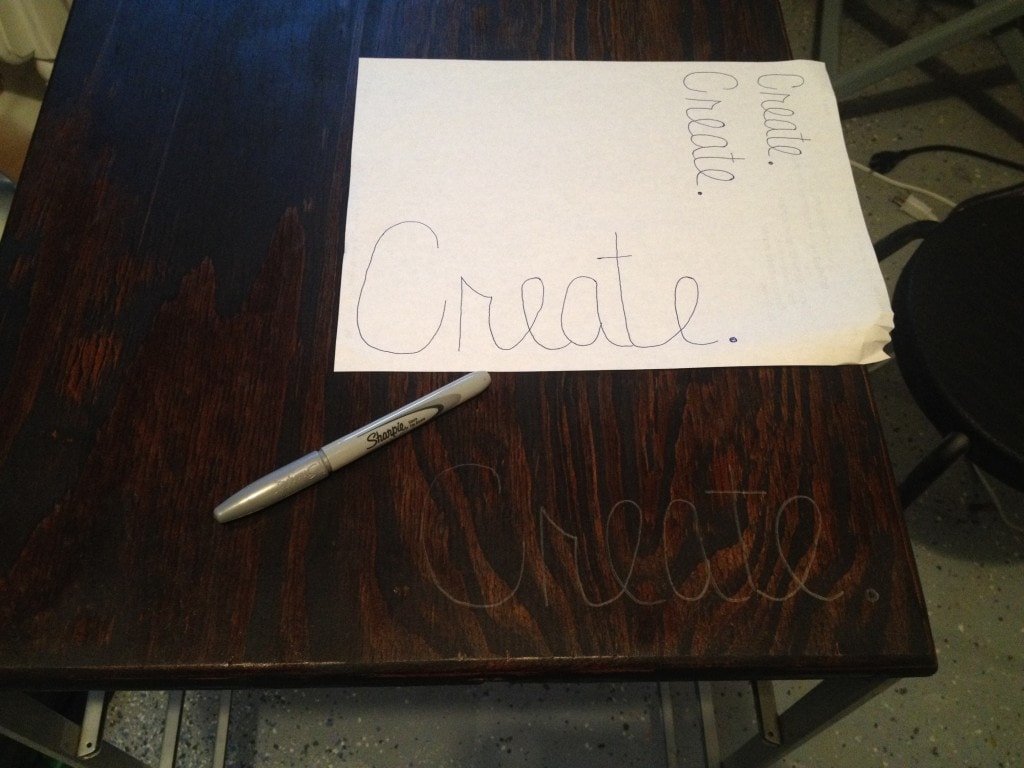 Using my outline as a template, I used a small foam brush to trace the word in white paint. 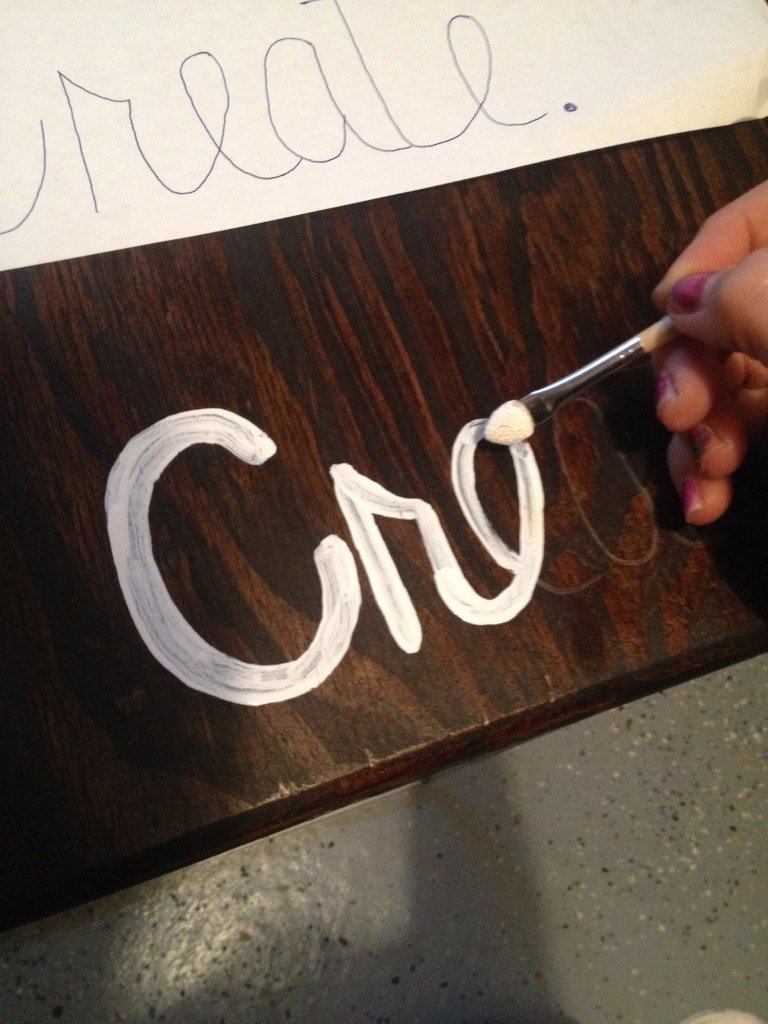 It took about 4 coats to be fully colored in, but as soon as that was dry, we added a few coats of poly to the whole top, and boom, we were done with our new craft storage! 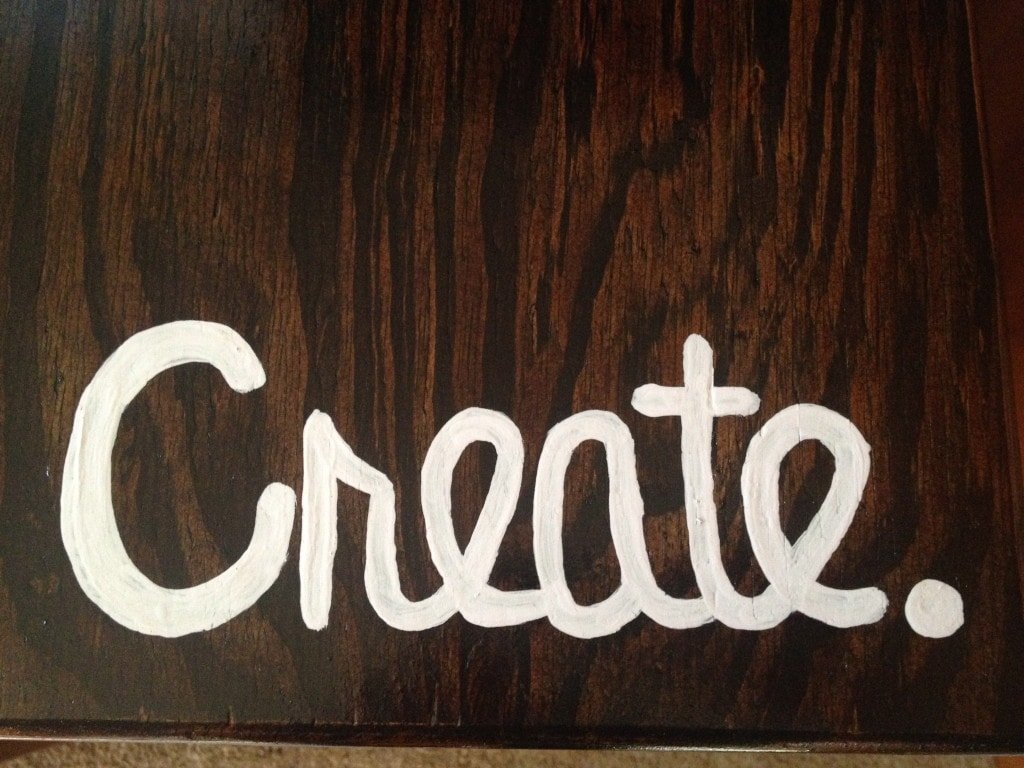 I organized my smaller craft supplies into categories and attached little labels to the drawers for easy access. 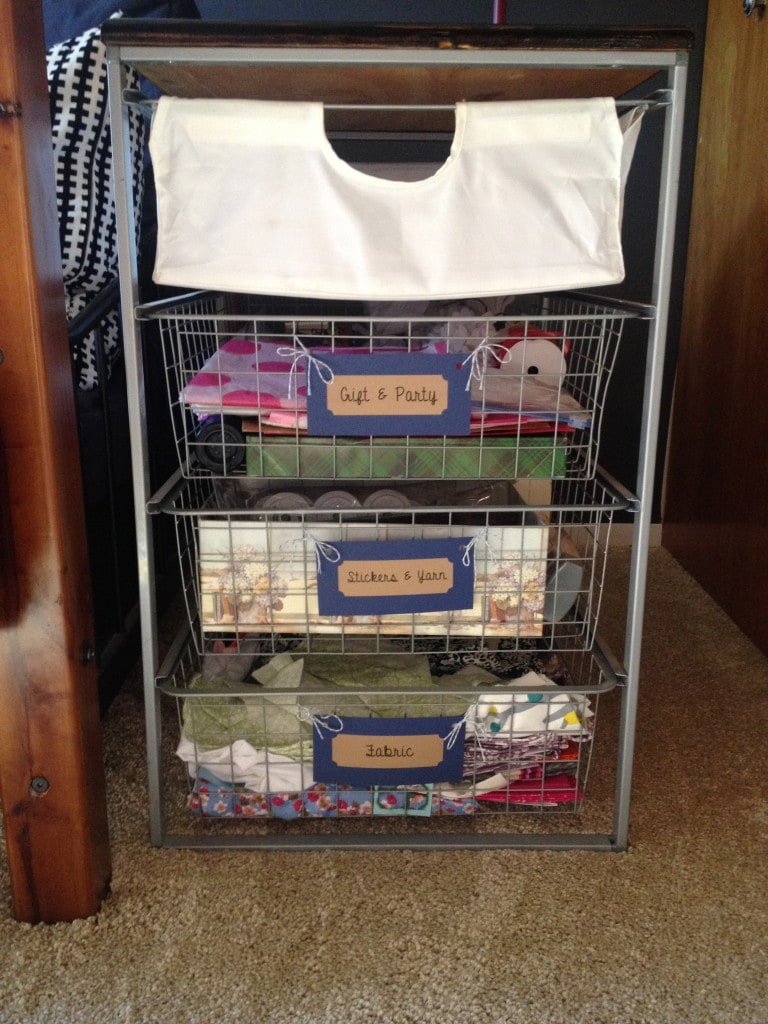 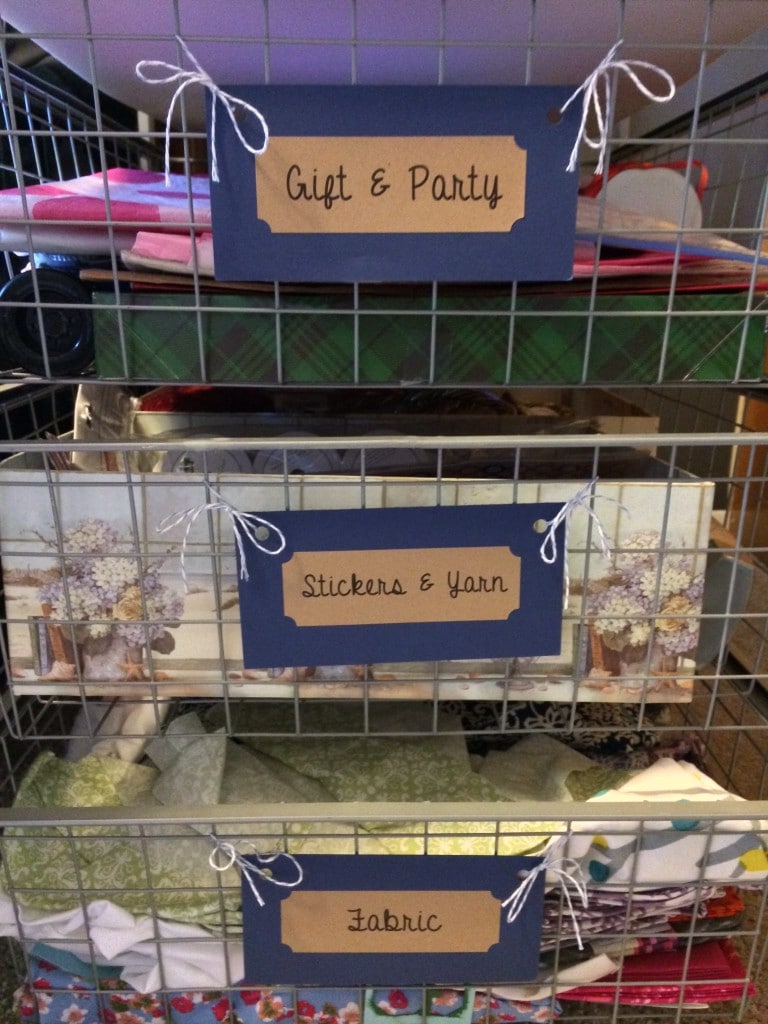 And this renewed IKEA storage unit now fits perfectly into our office with perfect drawers to hold our craft supplies! 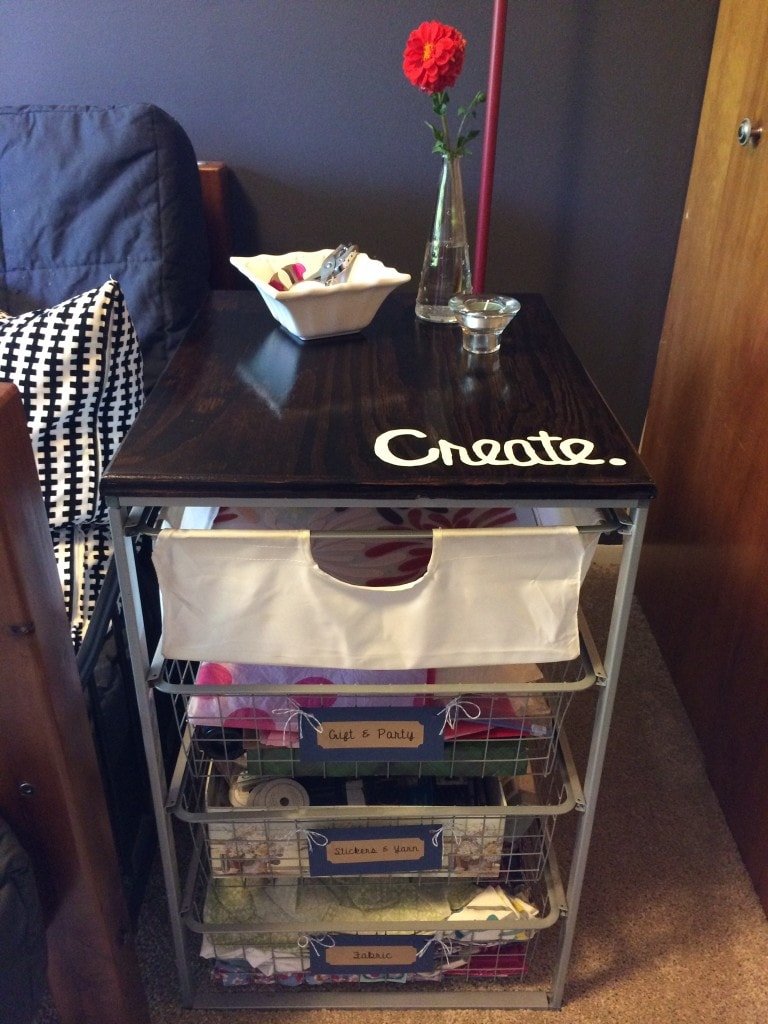 What do you think? Easy enough? If you don’t own any of the supplies, you would probably be looking at a total of $45 for all of the materials but since we owned them all already this one was a big fat free project! And who doesn’t love those : )

We linked up to: Dukes and Duchesses, Setting for Four, Yesterday on Tuesday, Cupcakes and Crinoline, JoJo & Eloise, Whipperberry and Remodelaholic