Welcome! Make yourself at home : ) Here’s a little recap of our first rental home and the progress we made! 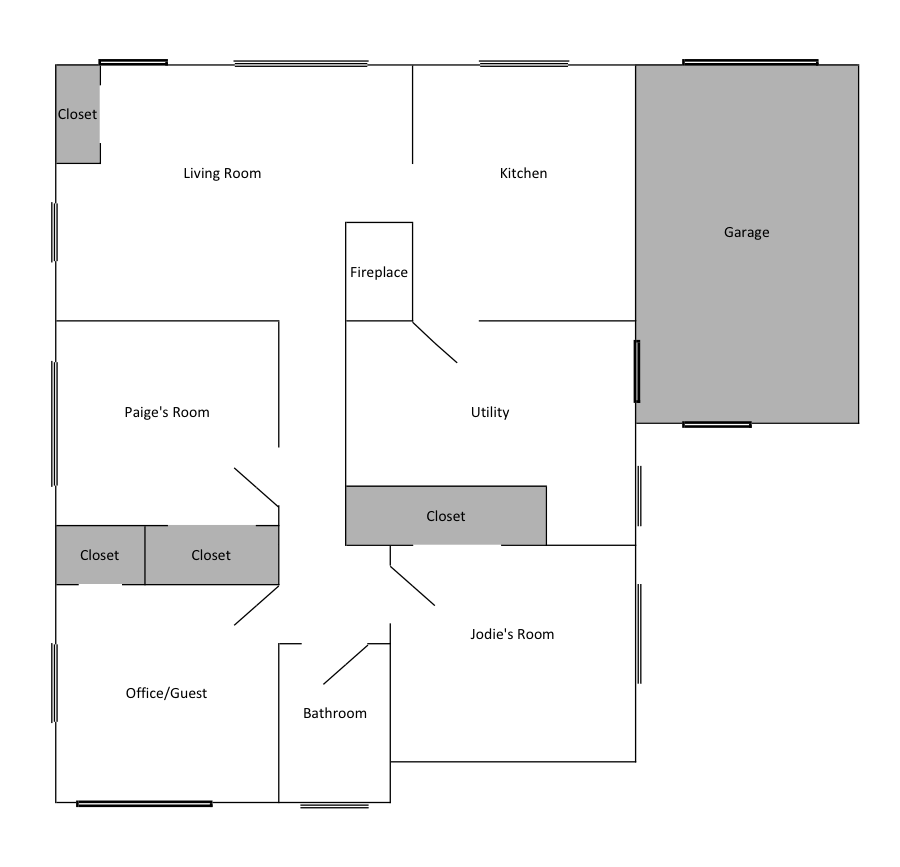 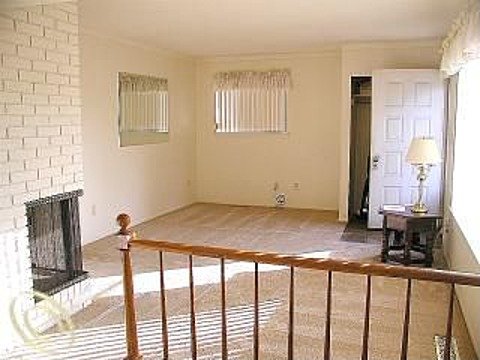 Living Room Progress: The large mirror and window treatments were not our cup of tea so we removed them, painted and added our furniture. This is one room that was constantly changing in terms of color schemes with pillows and artwork, but here is an example of what it looked like at one point! (minus that 5 bulb lamp that got switched out after these pics were taken!) 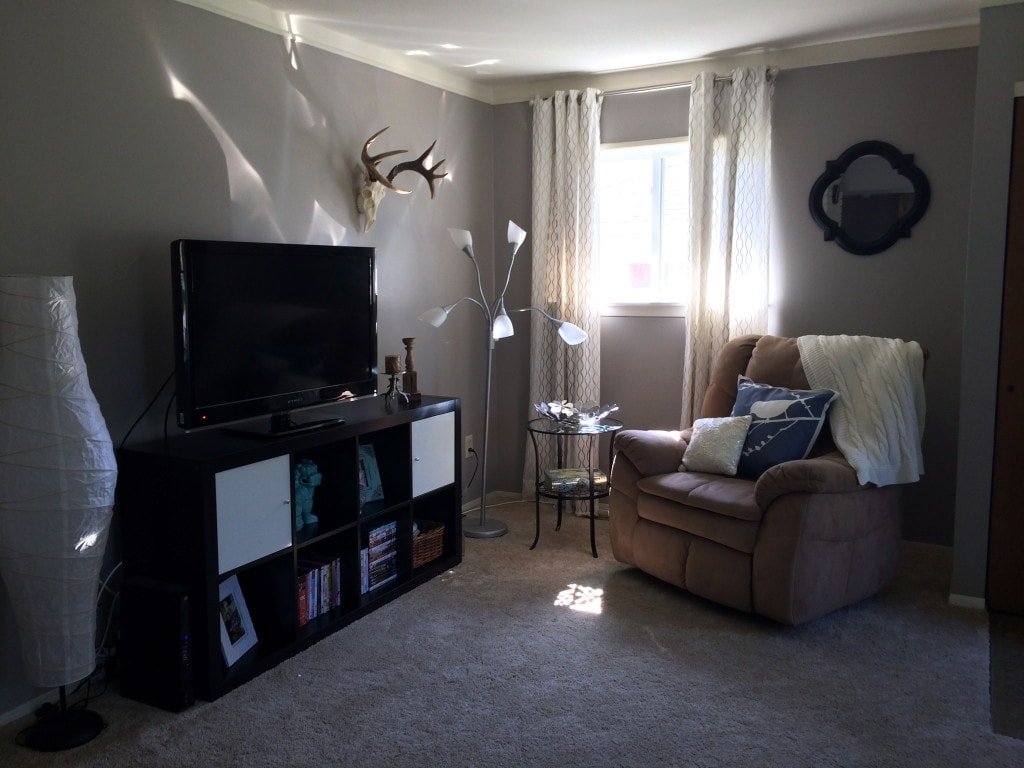 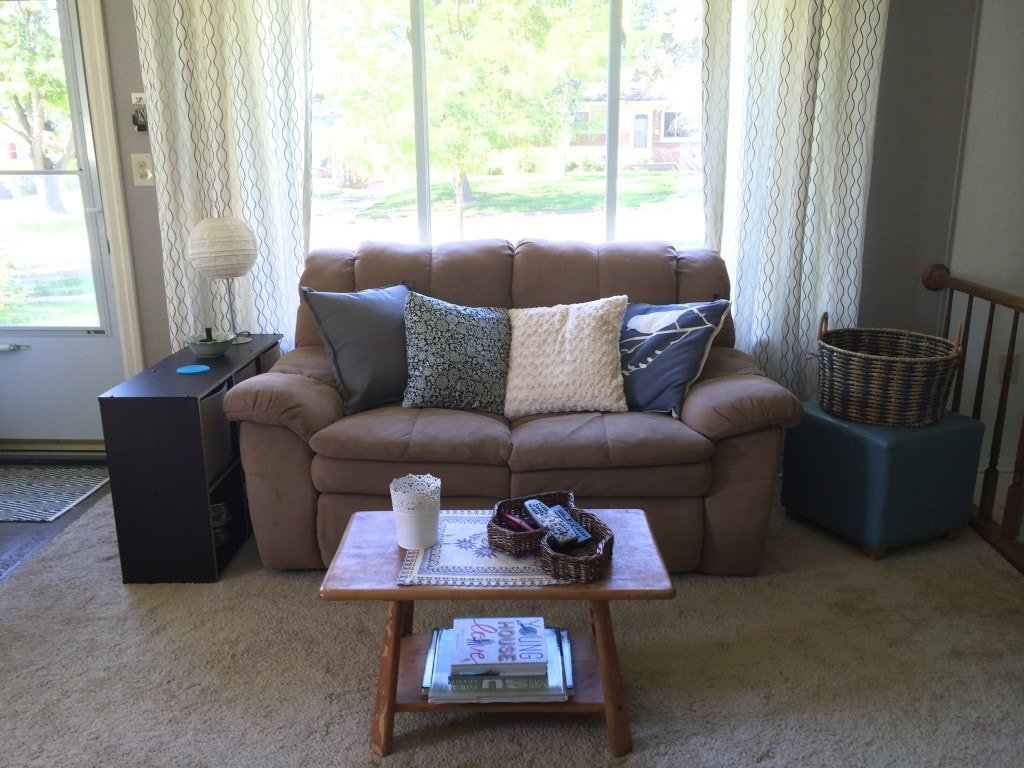 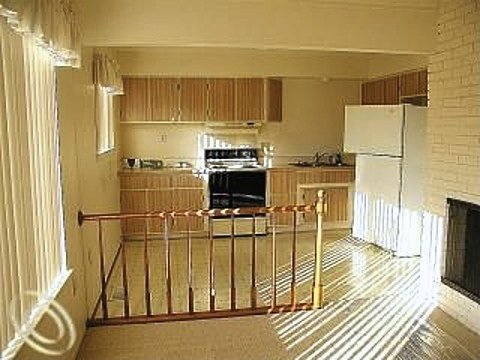 Kitchen Progress: We were lucky enough to have our landlord update the kitchen and add a dishwasher before we moved in, making this kitchen much more functional and user-friendly. This is another room that had constant changes and small updates, but the main ones were: 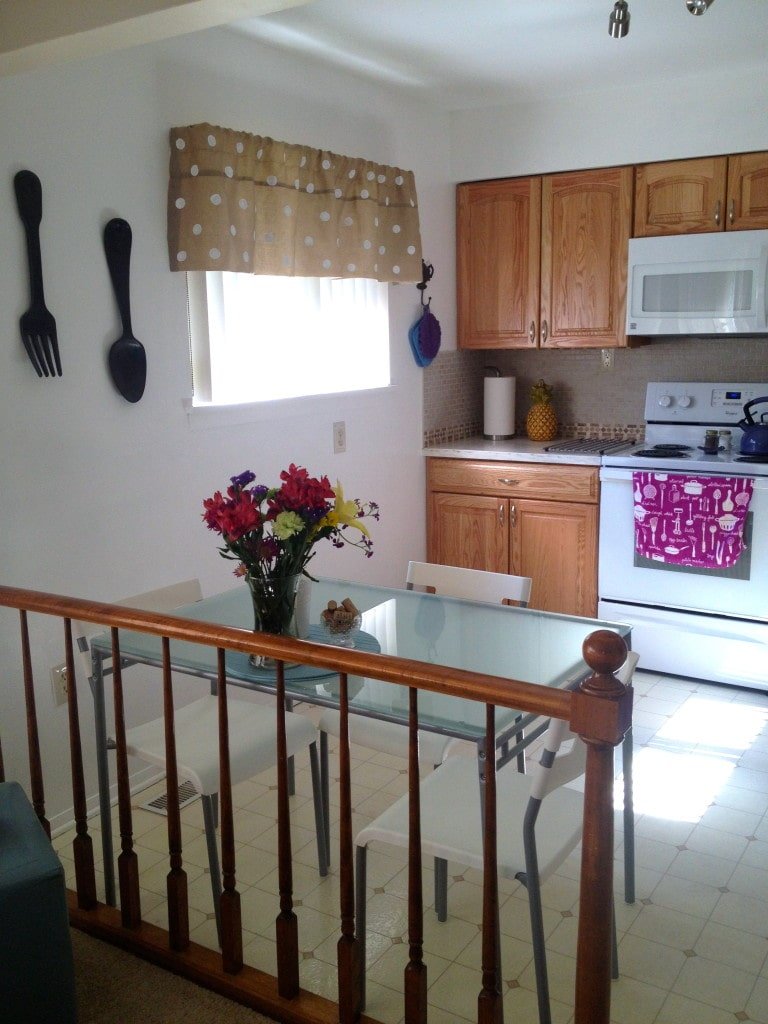 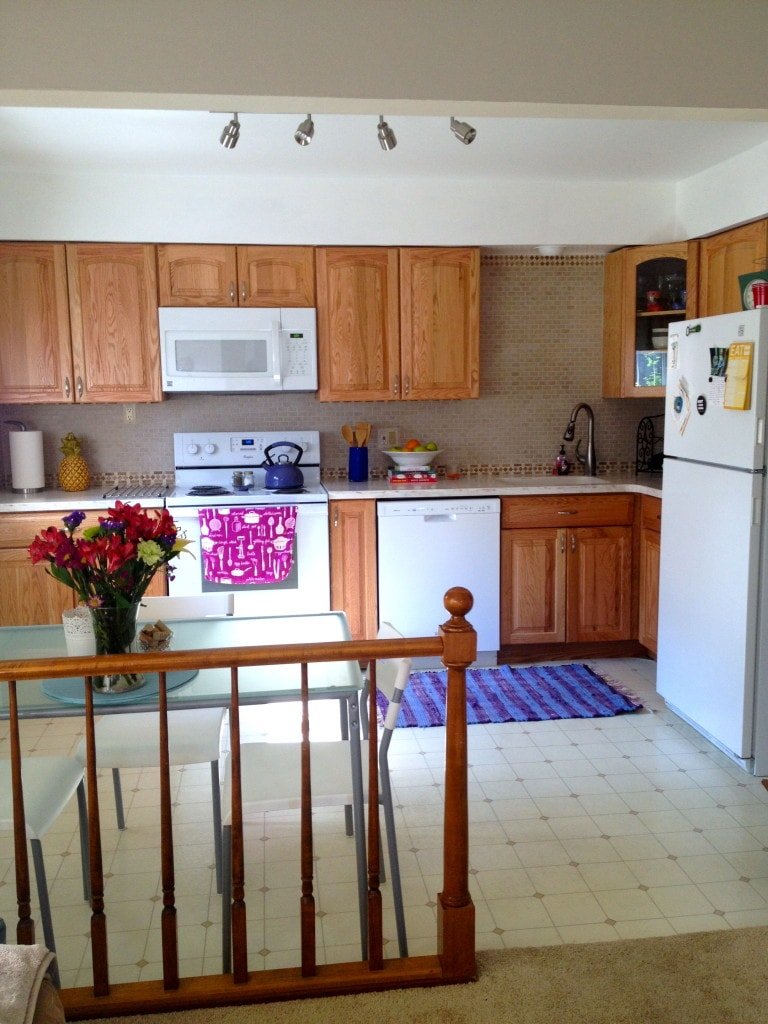 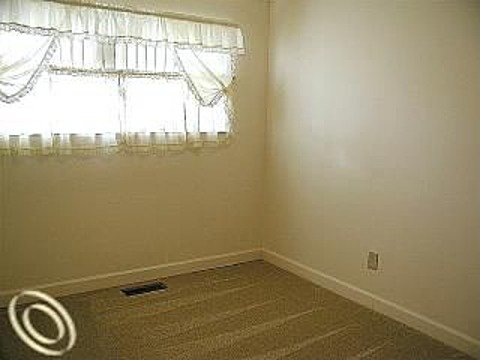 Paige’s Bedroom Progress: Phase one of this room happened when Paige and I first moved in and it became her bedroom. 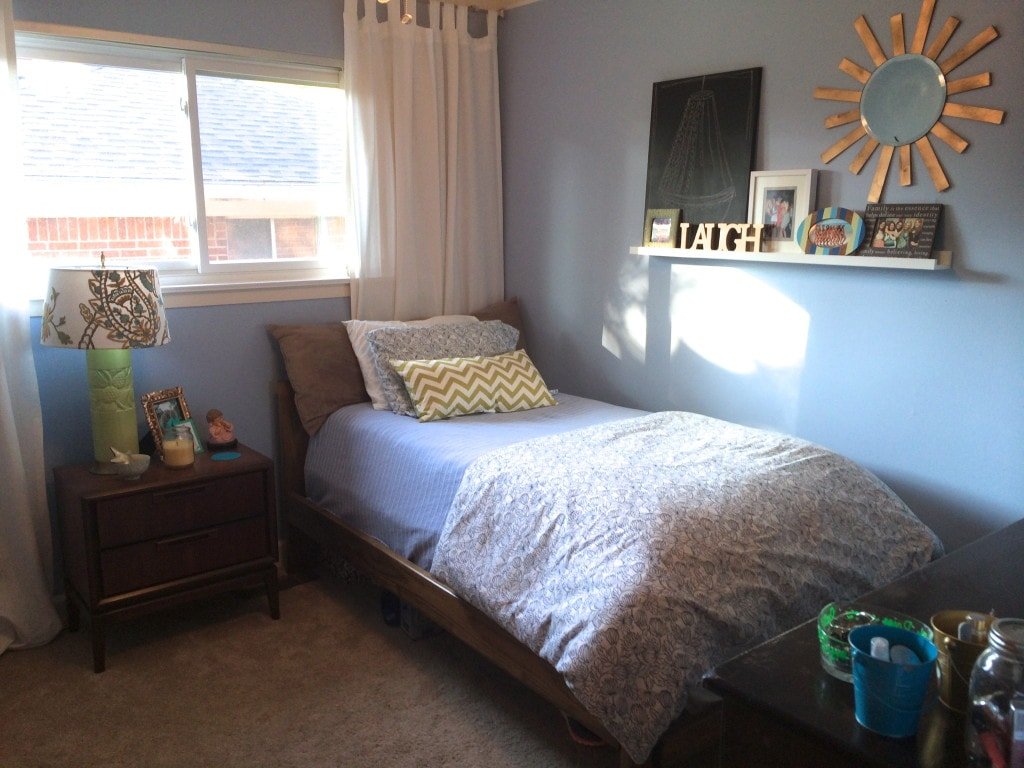 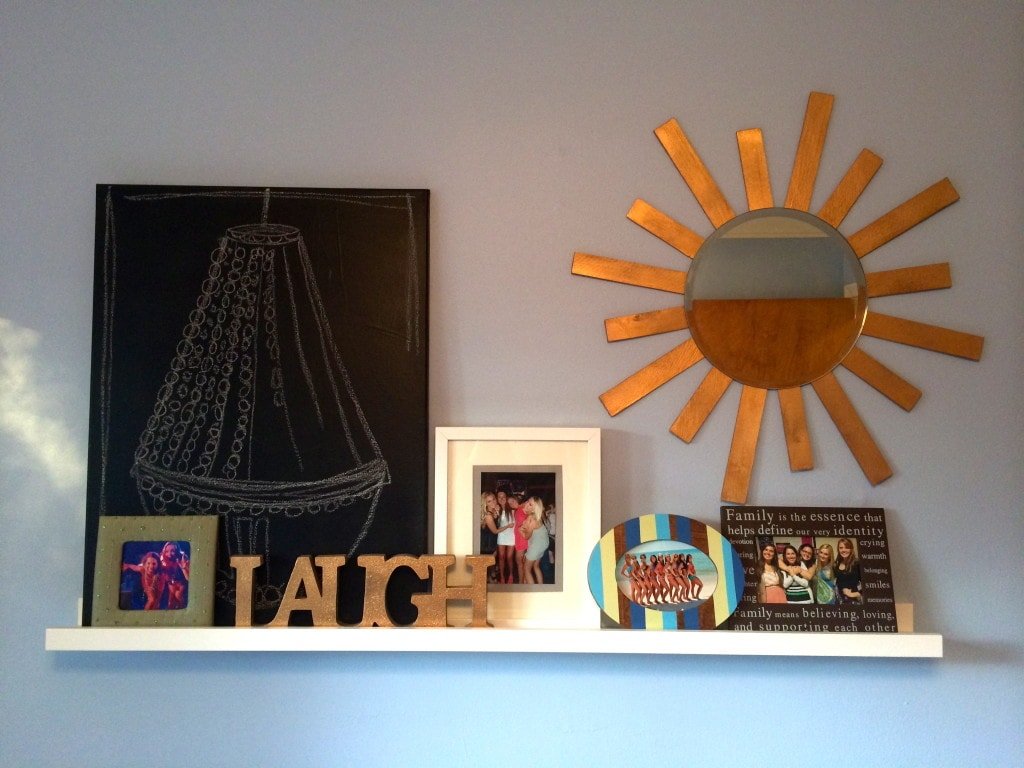 Phase two of this room happened when Paige moved out to go back to school, and this space has been transformed into the guest bedroom! 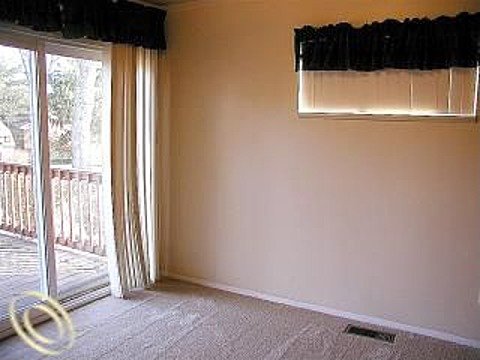 Office/Guest Progress: This is another room that had two phases during the year and a half we lived here. First it was an office/guest room combo. 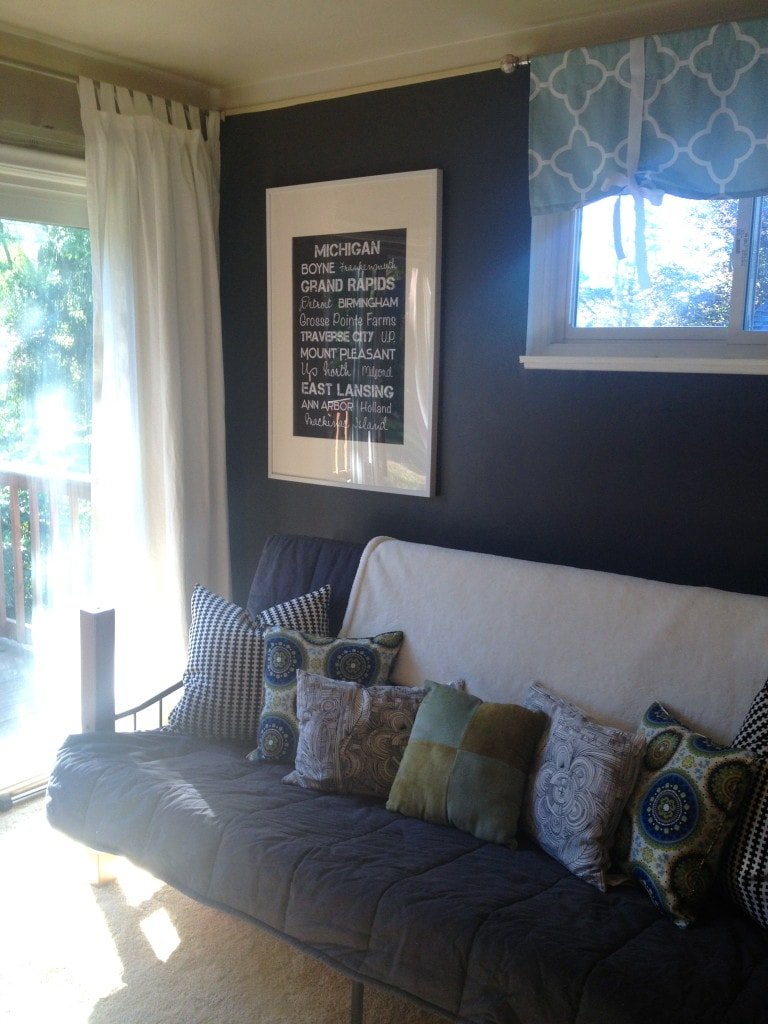 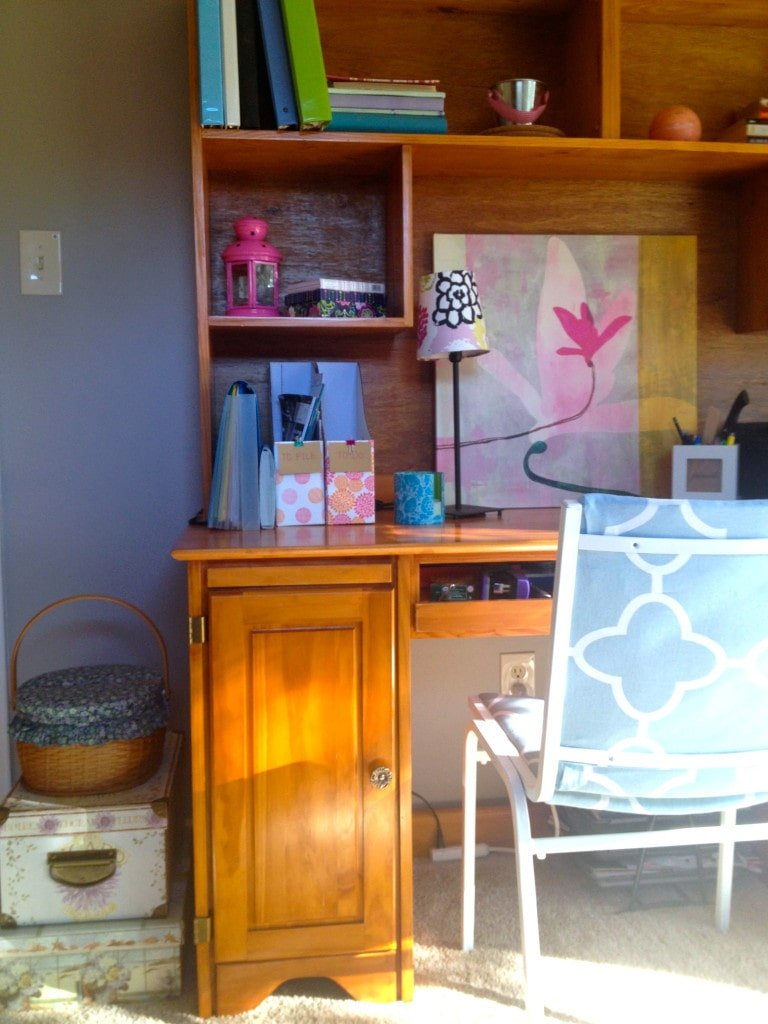 As phase two, this room evolved into an office area only after Paige’s room became the guest bedroom. 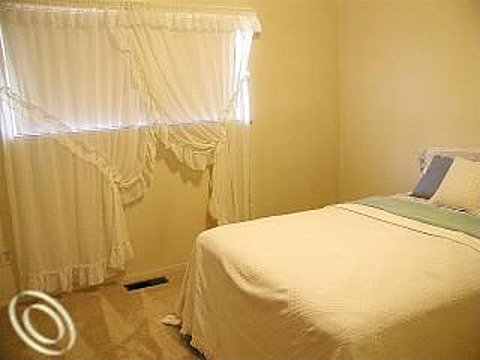 Jodie’s Bedroom Progress: This room started out with peaceful purple walls with gray and white accents. 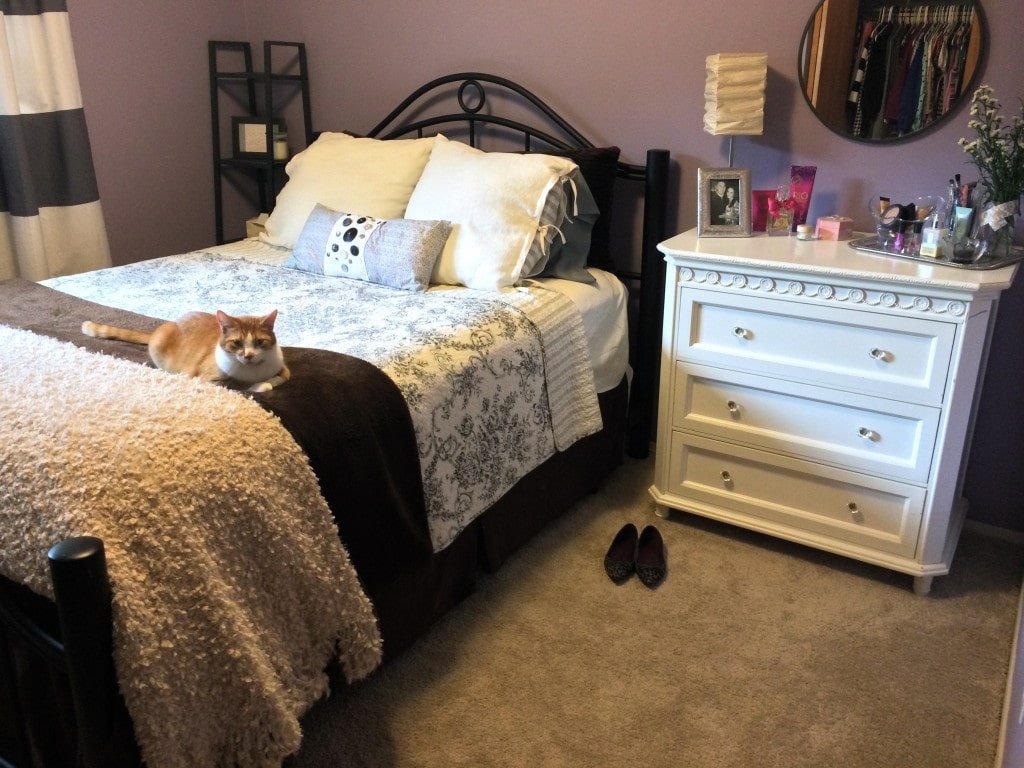 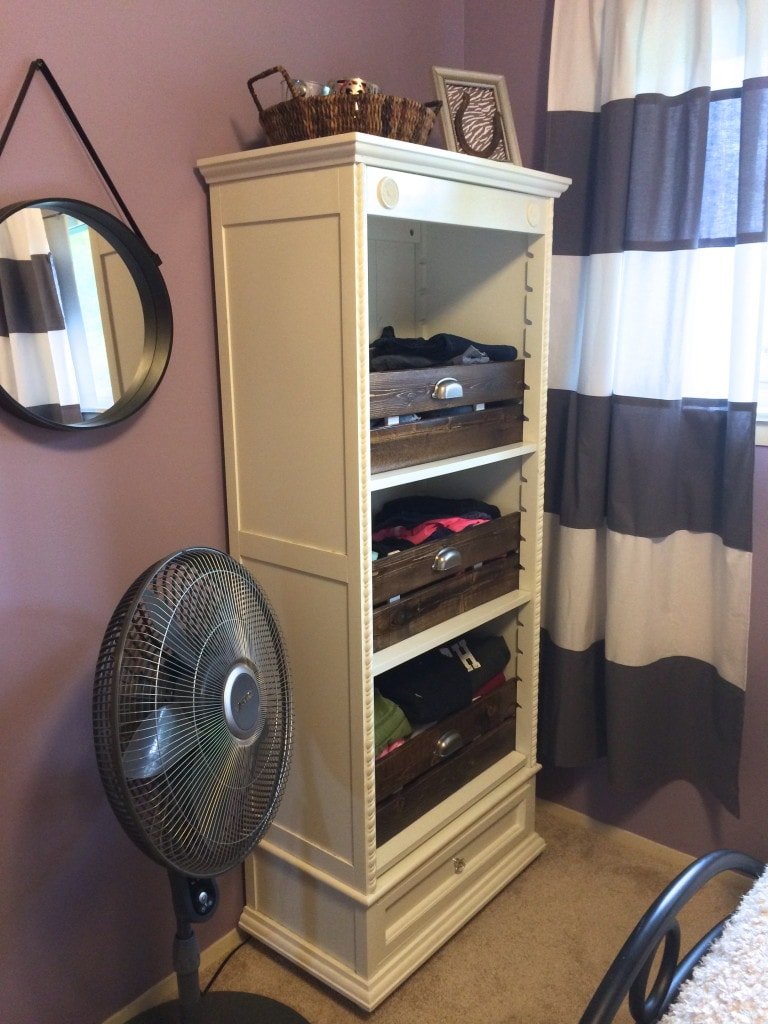 After living with the color scheme for a year, I wanted to switch it up to a lighter and brighter space. 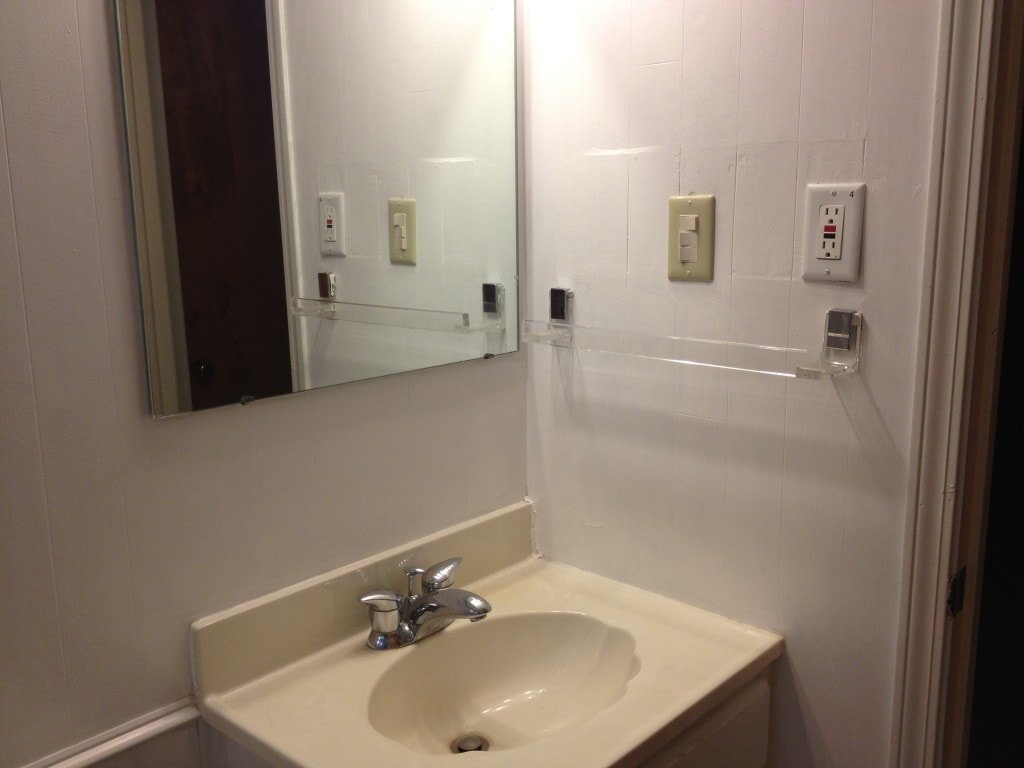 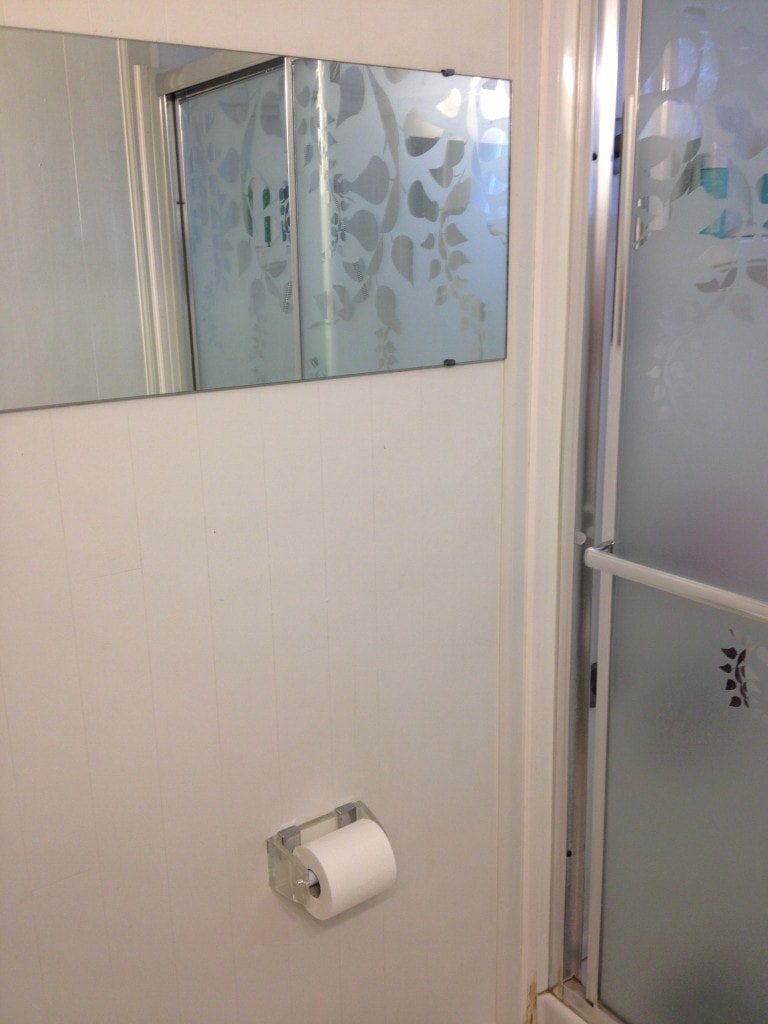 Bathroom Progress: This is the room we invested in the most as renters, because the state of it when we moved in was anything but clean. 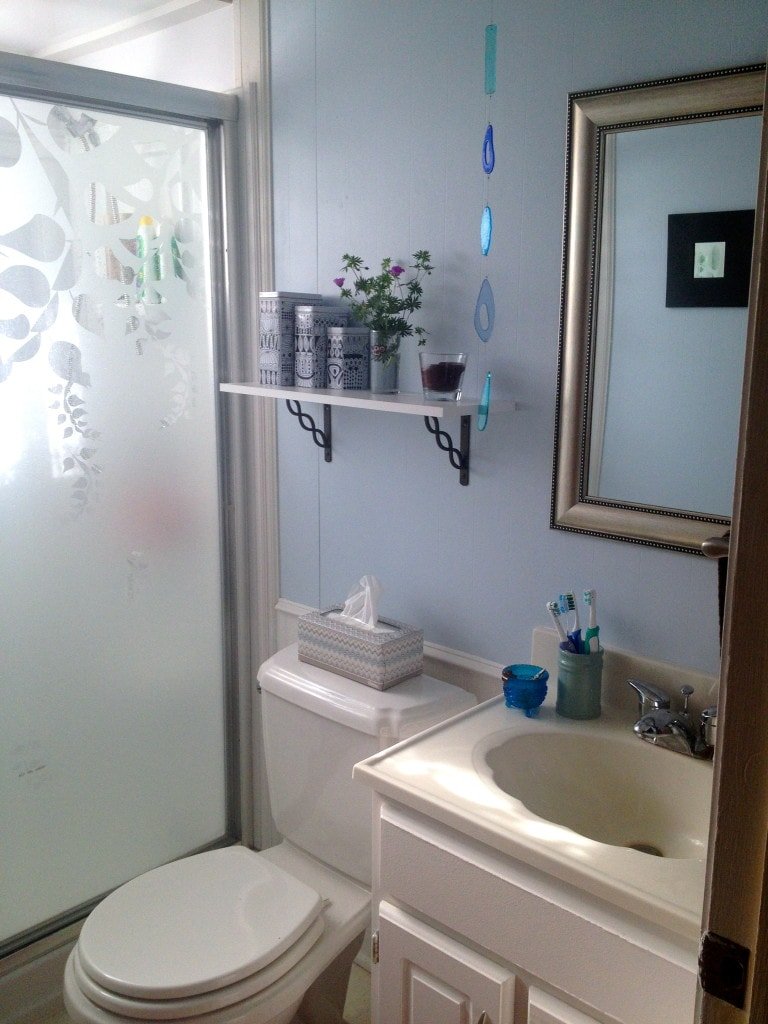 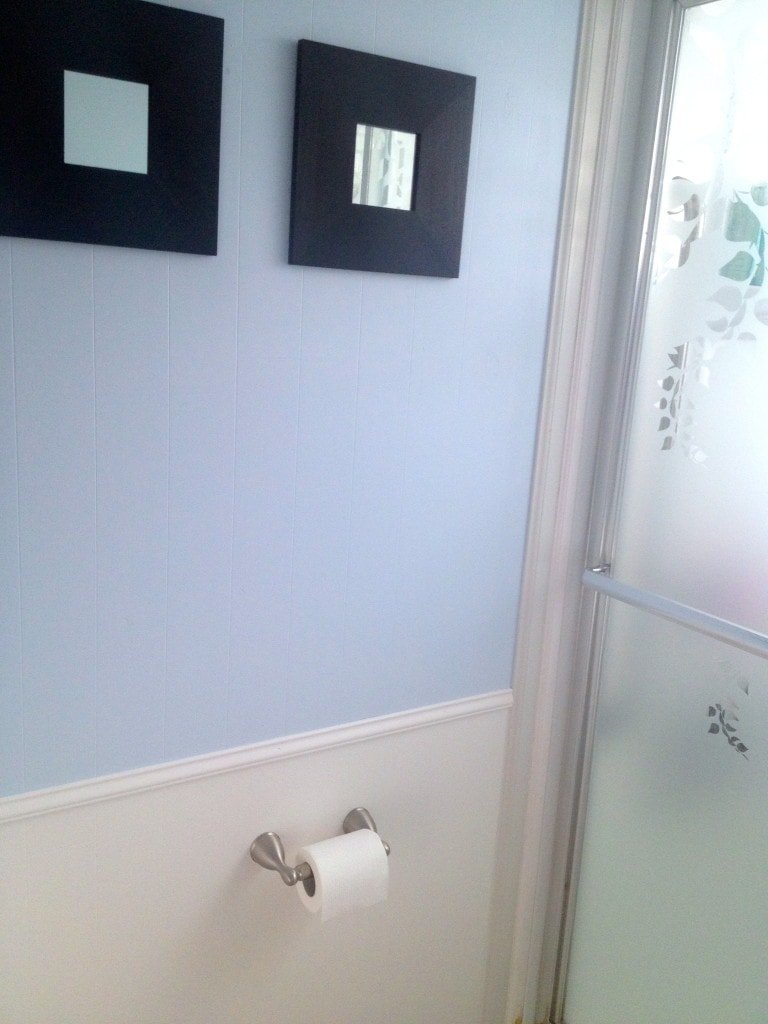 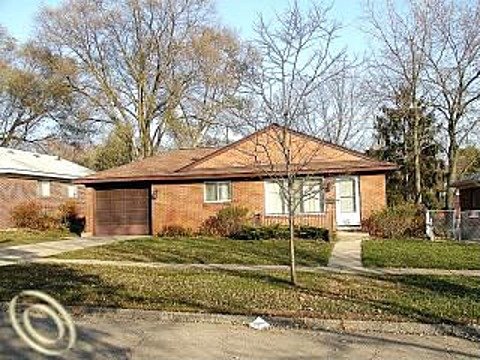 Front Progress: As this was a rental home, we didn’t want to spend a lot of money on the exterior landscaping. We managed to find some large rocks buried in a flowerbed in the backyard to use as a border, cleaned up all of the weeds, added a couple perennials that were on sale and topped it off with mulch and a hanging plant on the cheap. See all of the details here. 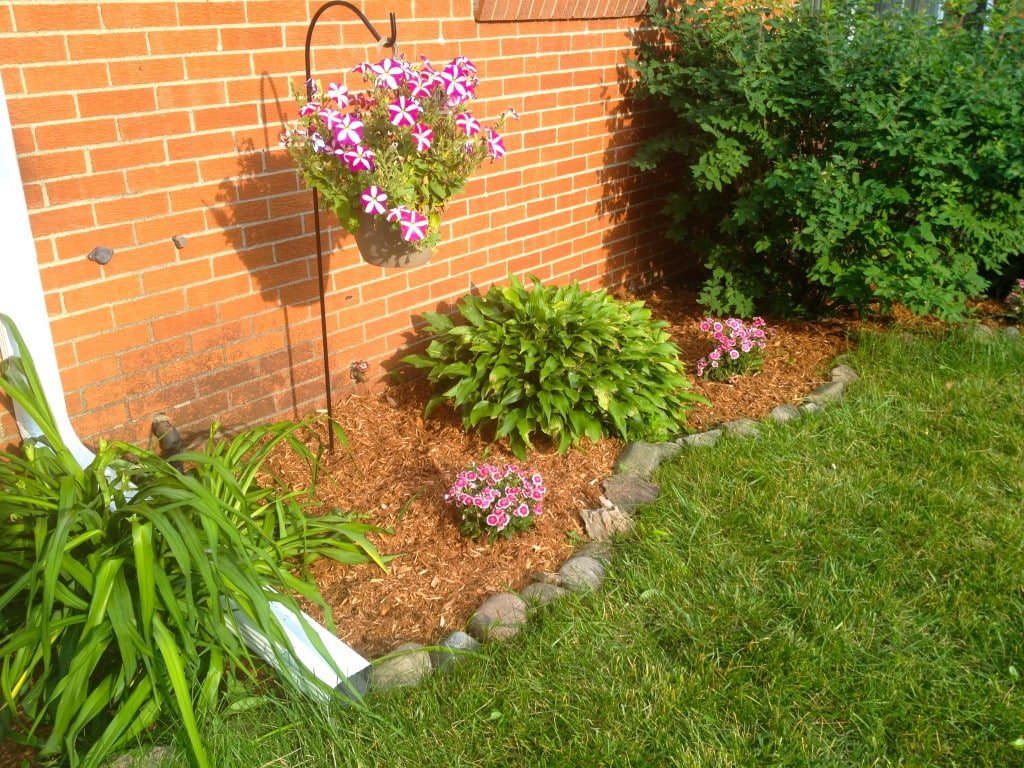 Thanks for stopping by!

*Most before pictures taken from Zillow.com